Spare tyres can be a real godsend if you get a flat, especially if you're quite far away from help. However, they should really be thought of as 'temporary tyres' rather than 'spare tyres', because they really aren't meant to be used for very long. Essentially, a spare tyre should be used to get yourself out of your predicament – it should then be replaced by a new tyre as soon as possible.

Here are just four reasons why.

Tyres have become far more durable as the years have gone by, so spares just aren't as necessary as they used to be a few decades ago. As a result, manufacturers have been making the spare tyre slimmer and lighter to reduce weight. These newer spares will still be serviceable for a little while, but they'll lack the internal infrastructure needed to resist damage over long-term use. If you keep driving on a spare, it's likely to fail you quite quickly, and then you really will be in a pickle.

Even if spare tyres lasted just as long as permanent tyres, you'd still be ill-advised to keep driving on one. Because modern spares are narrower and smaller than permanent tyres, they don't connect as much with the road and generally offer inferior traction. Your vehicle won't handle as well, especially if you have to perform an emergency manoeuvre, and stopping distance is likely to increase dramatically. Additionally, your vehicle's inbuilt control systems won't be able to respond as they should. All these issues put you at increased risk of becoming involved in an accident.

One thing that people often fail to understand is that certain tyres carry certain speed ratings. It's not an issue you'll often need to face since the tyres fitted with your vehicle will be rated at a much higher speed than the legal limit. In contrast, spare tyres are generally rated for a much lower speed; you're likely to find that reaching the speed limit on a highway takes you beyond the maximum rated speed of your spare. This doesn't just put you in danger, it could also invalidate your insurance should an accident occur.

Keep in mind that using one wrong part is going to affect other parts of the car. Using a spare tyre longer than you should presents such a risk. Firstly, the rims of your wheels may be damaged since they aren't being properly cushioned by a nice thick tyre. The same is true of the suspension system, and the differential, which is responsible for turning opposing wheels are proper speeds, can be damaged since a smaller spare tyre will spin faster than a standard permanent tyre. 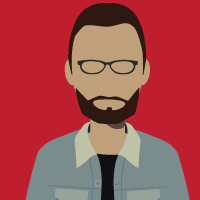 Hello, my name is Karl and I would like to offer you some advice about how you can maintain and improve your car. I am not someone who is an expert in this area. I have not trained as a mechanic or studied at a technical college. However, I have been a car owner for the past 37 years and over that time, I have learnt a thing or two about how to maintain a car. I learnt a lot of the tips and tricks from my best friend Simon. Simon is a qualified mechanic so he knows what he is talking about.

Is Your Automobile Part of Your Household Recycling Plan? - 13 November 2017

What Every New Driver Needs to Think about - 13 November 2017